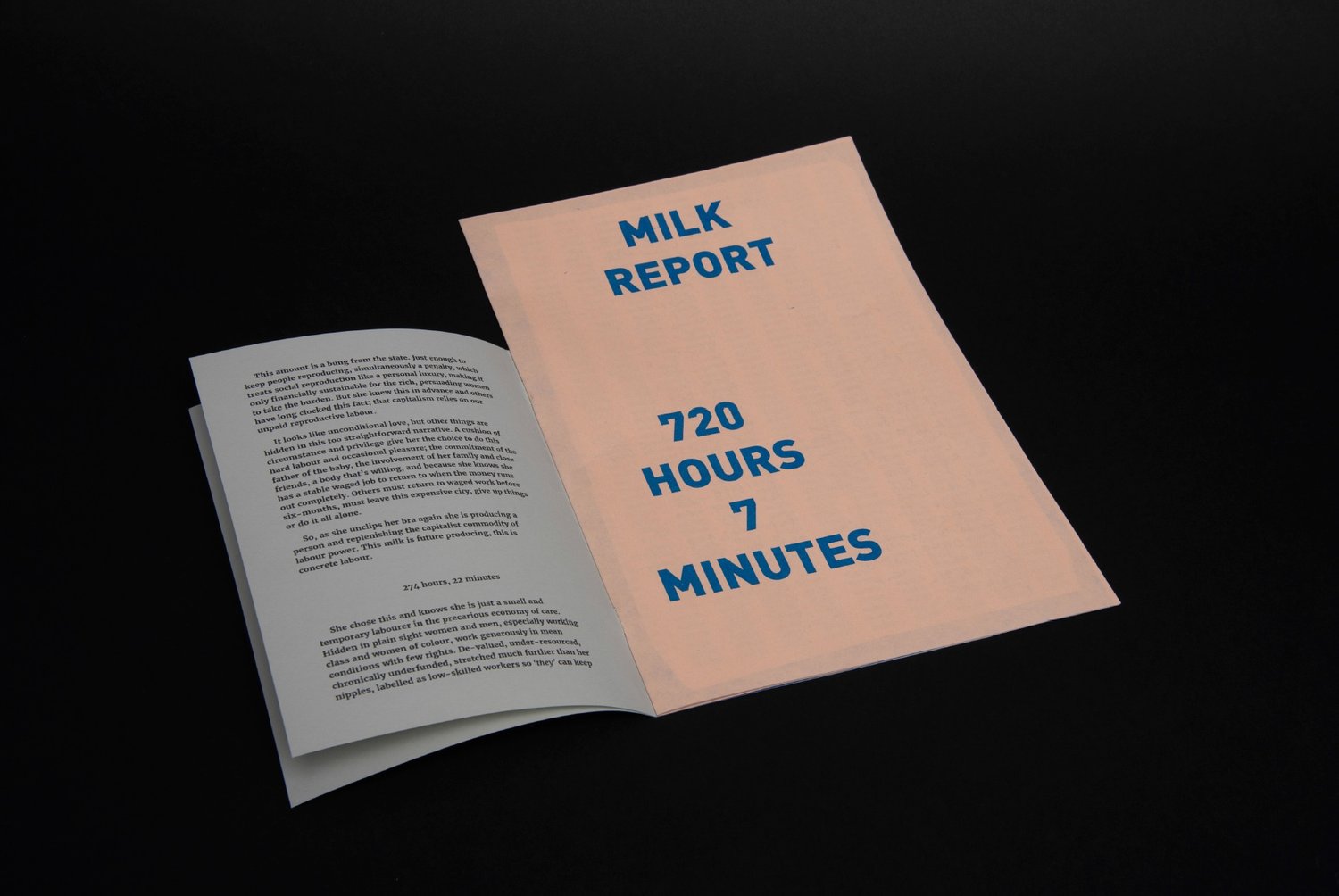 Milk Report is a print piece recording the hours and minutes Young spent breastfeeding during the first six-months after giving birth. This totalled 720 hours and 7 minutes. This data is accompanied by a narrative text exploring the politics of care through the lense of breastfeeding. Seeking full remuneration for the labour-intensive work undertaken, based on the 2019 National Living Wage of £8.21 per hour, an edition of 720 copies of Milk Report have been printed to be sold for £8.21 each. This will equate to a wage of £5916.95 once all of the Milk Reports are sold. Milk Report was launched in May 2019 as part of Spike Open, each copy sold was served with a milk shake.